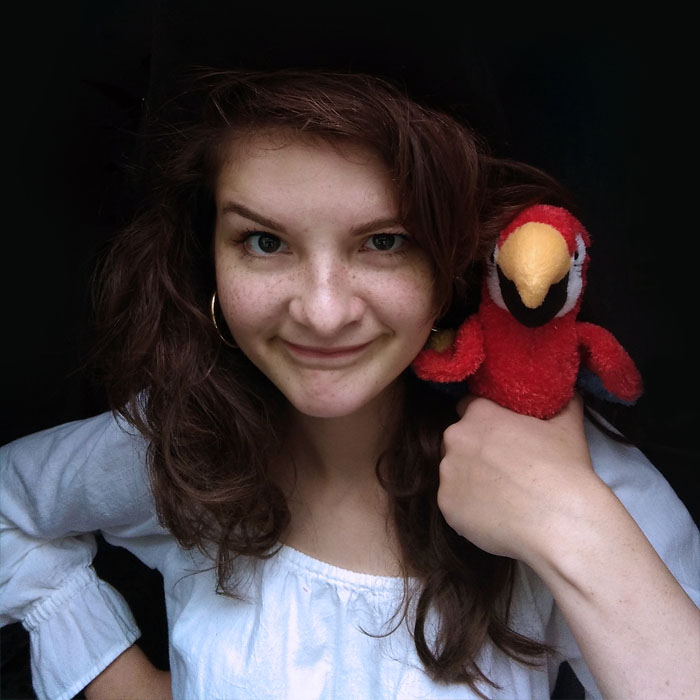 Once upon a time, far away in the Caribbean islands, a little girl’s love for the ocean blossomed. Her name is Christian Calhoun. But her carefree life in Guantanamo Bay, Cuba, would soon end as her father, a Navy sailor, was deployed to the state of Oklahoma. They moved to an old two-story home in the city where her little brother would be born. It was also here that Christian’s imagination began to grow. As young as she can remember, Christian would write stories, songs and poems. She studied history, instruments and animals. All the while, her interest in the ocean and its mysteries grew.

After years of living in the city, her family decided a simpler life in the country was due. Country life proved to be just as crazy, but Christian felt immediately at home. At 14 years old, Christian participated in the local library’s Poem Recital. And it was for this recital, Christian wrote the poem of Missy Black and Her Crew. This sparked a dream to share her love of the ocean and history with children of all ages. She published her first book at 18 years old and looks forward to publishing many more. Christian now resides in the small town of Wilburton, Oklahoma, with her family. Although her writing keeps her busy, she still finds time to play UNO with her family, walk her dog, write songs, make homemade pizzas, and play Minecraft.